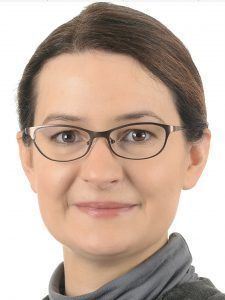 Elisabeth Kelan, PhD, is a Professor of Leadership and Organisation at Essex Business School, University of Essex. Her research focuses on women in leadership, men as change agents for gender equality, generations at work, and diversity, inclusion and belonging. Her new research explores the future of work, digitalisation, and gender (Leverhulme Trust Major Research Fellowship [MRF-2019-069]). She has published three books (Gender and Corporate Boards - The Route to A Seat at The Table; Rising Stars - Developing Millennial Women as Leaders; Performing Gender) and numerous peer-reviewed articles in leading academic journals such as the British Journal of Management, Human Relations, the Academy of Management Learning and Education, the Journal of Business Ethics, and Management Learning. She is an associate editor of the journal Gender, Work and Organization and edits the Routledge Studies in Gender and Organizations book series.

Her research is regularly featured in the media such as the Financial Times, the Wall Street Journal, the Telegraph and HR Magazine. The Times featured her as one of the management thinkers to watch. She has won various practitioner and academic awards for her research such as the Academy of Management Gender and Diversity in Organizations Faculty Transnational Research Award 2016 and the award for the Most Influential Leadership Research by the Leadership Awards (2016). She is regularly providing thought-leadership and consulting to businesses and international organisations. Elisabeth Kelan works globally. She has advised businesses such as Accenture, General Electric, Goldman Sachs, Google, KPMG, Linklaters, Johnson & Johnson, Ooredoo and PwC and international organisations such as the Council of Europe, CERN, the European Central Bank, the European Parliament and the United Nations Systems Staff College, United Nations Women, the United Nations Global Compact, and the International Labour Organization.