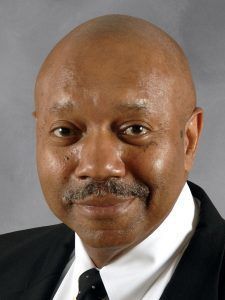 Subsequent to graduating from St. Francis College in Biddeford Maine, Ralph spent 10 years teaching and coaching in the Cleveland School system (including University School in Hunting Valley, Ohio where he also served as 10th Grade Dean).

Ralph eventually moved from teaching to the insurance business, where he served as an underwriter for The Kemper Insurance Group, American Nuclear Insurers and The Hartford Insurance Group.

In 1985, Ralph took his first role in diversity and inclusion, serving as Operations Manager and Training Manager at Pope and Associates, a diversity consulting firm out of Cincinnati, OH.  Over 30 years later, Ralph has become a leading authority in this space, holding successive positions as Chief Diversity Officer, Vice-President of Employee Relations & Diversity and Head of Executive Development and Diversity for Safeway, Corp, McKesson, Corp, and American President Lines respectively[SB1] .

Ralph accepted the role of Brown-Forman’s first Chief Diversity and Inclusion Officer in December of 2007, a role that eventually expanded to include the company’s community relations initiatives. Under Ralph’s leadership, Brown-Forman’s diversity and inclusion efforts have grown to include a team of seven full-time professionals, nine Employee Resources Groups, and 26 D&I Councils embedded across the global organization. In 2019, the company issued a 10-year strategy that, for the first time, included quantitative ambitions for the representation of women and people of color.

In addition to his work at Brown-Forman, Ralph serves on multiple boards, including The Muhammad Ali Center in Louisville, KY, Louisville Central Community Centers, The Louisville Ballet, The University of New England and The Centre For Global Inclusion. In June 2020, Ralph was appointed as co-chair of Greater Louisville Inc’s Business Council to End Racism.

Ralph graduated from St. Francis College in Biddeford, Maine and holds a Masters Degree in Education from John Carroll University and a Masters in Human Resources and Organizational Development from the University of San Francisco. He also holds a Doctorate in Education and Leadership from Spalding University.