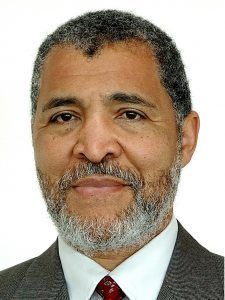 Dr. Hayles assists people and organizations in becoming more effective. He speaks, writes, and consults with a strong foundation in pluralism, diversity, and inclusion.  He was also the 1996 Chair of the Board of Directors, American Society for Training and Development.  Robert was named a “Pioneer of Diversity” by the Profiles in Diversity Journal in 2007.  He is an emeritus member of the Diversity Collegium, a group of thought leaders in the field of diversity & inclusion.  Robert has served more than 150 clients in the private, public, and civic sectors.  They include:  World Bank, Internal Revenue Service, Government of Colombia (S.A.), City of Austin, Canada Post Corporation, University of Portland, Alaska Air Group, PricewaterhouseCoopers, Hewlett Packard, Whirlpool, Cambia Health Solutions, Abbott Labs, Allstate, Deluxe, Ford Motor Company, Levis, The Ford Foundation, United Way, Oregon Department of Transportation, and others located in over 15 different countries.

Robert was formerly the Vice President, Human Resources and Diversity with Pillsbury.  His line human resource responsibilities included the Tax, Treasury and Technology organizations.  He was also responsible for leading diversity work worldwide for the food businesses (e.g., Pillsbury, Green Giant, Haagen-Dazs, GrandMet Foods Europe).  Prior to the above position Robert was Director, Human Resources for the Pillsbury Technology Center.  Before joining Pillsbury he was Manager, Valuing Differences for Digital Equipment Corporation in Sales, Services, Marketing and International.  He led strategies in the above roles to enhance productivity/profitability by working effectively with similarities and differences.  Other previous positions include: Associate Professor of Engineering Administration at George Washington University; Director, Research and Human Resources at the Office of Naval Research; and Research Scientist at Battelle’s Human Affairs Research Center.  Robert was the first behavioral scientist to manage the U.S. Department of Navy Technology Base with an annual budget of more than one billion dollars.

Robert has an undergraduate degree in the behavioral and physical sciences, a doctorate in psychology and postgraduate education in business.

Coauthor: The Diversity Directive: Why Some Initiatives Fail and What to Do About It, McGraw-Hill, 1997.