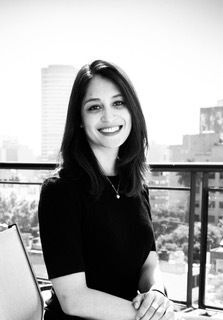 Tatiana Revilla Solís is the Gender Program Coordinator at the Government and Public Transformation  School of Tecnológico de Monterrey University. She is the Director of Gender Issues, an organization specialized in public policies for gender equality. Gender Issues has been recognized by #MyworldMexico as an organization that works to comply with SDGs on gender equality and participated in the #GenderMarketPlace of the #Cop26 #ActontheGap initiative as part of the global network of organizations working on the gender and climate change nexus.

Tatiana has a PhD in Public Policy from the Tecnológico de Monterrey with the investigation of affirmative actions for gender equality in Mexico, a Master in Public Administration and Public Policy and Bachelor Degree in Law. She has post-doctoral research stay at the University of Edinburgh, where she worked on the impact of defamilization policies on attitudes of domestic violence in different countries. She teaches Gender and Human Rights at the Tecnológico de Monterrey. Tatiana has developed as a consultant on gender issues in Federal and Local Governments and worked in the integration of the gender mainstreaming strategies for universities.  She has participated as a Gender specialist in projects for USAID, DAI, and IDOM-World Bank in Latin American projects regarding the integration of the gender strategy.