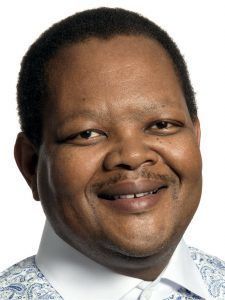 Mpho Makwana is an accomplished business leader with diverse experiences spanning a period of more than 25 years in executive and C-Suite roles in the public and private sectors. He is currently Independent Non-Executive Chairman of JSE-listed ArcelorMittal South Africa Limited and also serves as Lead Independent Non-Executive Director on the boards of Nedbank Group Ltd (NDBKF.PK) and Nedbank Ltd.

During the 2010 FIFA World Cup, Mpho led the team that kept the lights on; firstly as Interim Chairman & CEO (3rdQ 2009) and as Chairman of Eskom Holdings Limited SOC from 10 June 2010 until his term as Director concluded on 27 June 2011, after serving on that board for nine years.